In memory of my father

In October of 2022, my father and my best friend passed away. He got 3 years with pancreatic cancer, which is much more than most, and we're grateful for that. I share it here because he was such a lover of all things Disney. His love of Disney began as a Mickey Mouse Club kid in the 50s, and carried through to his DVC ownership later in life. As a family, we went to Disney World together more than a dozen times, and Disneyland once. We ran a half marathon together at Disney World and Disneyland. We watched countless Disney movies together, often in the month or 2 leading up to our vacation as anticipation built. He loved everything about Disney and Disney World, and we were so fortunate to get to share that with him.

It was seriously cold that January marathon trip: 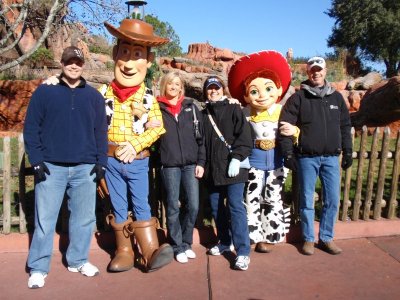 Much warmer in California for that 1/2 marathon: 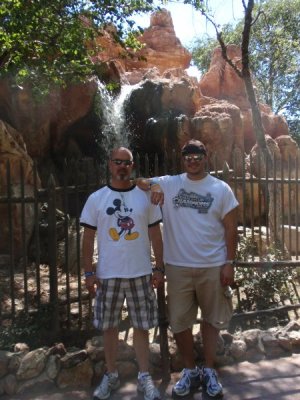 Ignore my backward hat....we were all young once.

I can't tell you how many hours he and I spent walking through the Walt Disney museum walk in Hollywood Studios over the years (sorry, I don't know what it's technically called, the walk through with all the memorabilia and the replica of Walt's office). Those trips to Disney World added so many incredible memories of time with my father, that I can't every thank Disney enough for what they gave us. It's of course also bittersweet, because I don't know how to go back now (we're going to cancel our upcoming reservation we'd hoped he make it for).

My father was the greatest man I've ever known. And I mean that in every sense. His integrity was the foundation of everything he was, and guides every decision I make. If he said something, you knew it was true, you know that he meant it, and you knew that it was well thought out.

He was kind. My brother and I both married women who came from very troubled families, and he was the father they needed but never had. He was even the father figure to my brother's wife's sister, and it was him she asked to walk her down the aisle last year.

He taught me what a husband and father should be. I used to visit friends growing up, and I'd hear their parents fight. It always shocked me, because I had never heard my parents raise their voices to one another. He honored my mother, and he was firm, but fair, with his children, knowing exactly when to be a father and when to be a friend.

He enjoyed a drink, but I never saw him drunk. He indulged in and loved great food, but always stayed fit. He was calm and fair, but stood firm and aggressive when warranted.

He was everything I wish I was and strive for, but know I'll never be, not completely.

In a few days, it'll be 4 months since his passing. I still think about him every single day, over and over again. My mom said it best. The world was in technicolor, and now it's black and white. He just added so much to everything he was a part of. His joy, his laugh, his eagerness for life. He could make a root canal a fun time. I'm so eternally grateful that I got to call him my dad for 40 years, and so devastated that he's gone.

I don't have a succinct ending for this. I just love him with all that I have, and will miss him forever.

Sorry for your loss. I can tell by your words that he will live on though you.

I loved reading this tribute to your dad!
He sounds like an amazing man!
So sorry for your loss.