We were all to meet behind the El Tovar for sunset. The shadows elongate, the colors deepen, and it’s just a gorgeous thing.

We finished the day with a late dinner at the pizza place up the road from the Hotel. Tom joined us. It was a nice way to end a *VERY* full day!

Breakfast both mornings was, again, a buffet, with plenty of simple choices to cover most everyone. This day was our marathon bus day, getting from the Grand Canyon to the Resort in Moab, Utah. Fortunately, we did it in 2 legs. After the first leg of 3 hours, we arrived in Monument Valley in time for lunch.

The morning’s drive along the Canyon and out into Utah was very pretty, and included some strange things, like these stone formations just *sitting* by the side of the road, with nothing else like it anywheres around. These are called “the Elephant feet”.

Monument Valley actually is completely contained as a part of the Navajo reservation. You need to pay the Navajo to enter the park. We had lunch at the Gouldings Trading Post and Lodge. Very tasty food. Lots of people had the Indian taco, which was made on Indian fry bread. They were huge, but looked very good. I had a great cobb salad, and ordered a fry bread to share with the table. They served it with honey, which, honestly, I didn’t think it needed. Good stuff!

Gouldings, over the years, has housed a lot of the people involved in the multitudes of movies, TV shows and commercials that have been filmed there. As you make your way through Monument Valley, it looks strangely familiar, as you’ve seen it as the backdrop for so many of these movies & shows.

This formation, standing sentinel as you enter the Valley, is called The Owl.

Gouldings has off-road tours through the Valley, and we took one from the lodge. Cheryl had kept telling us it was going to be a Hummer tour, but that truck was in no way, shape or form a Hummer. So the joke became that it was Cheryl’s Hummer, a new model. It was really windy & bumpy (yay for my pillow again!) but very, very cool. They stopped at strategic spots for us to take pictures… and shop for Navajo jewelry! I got some good deals on some small turquoise bracelets. The jewelry was all very nice and ranged from very inexpensive to a few hundred dollars. But it was not “junk”. It’s their land, and I guess the Navajo are entitled to make money however they can.

There was a man & his daughter who had a horse out there. For $2 you could get your picture taken on the horse. I figured what the heck. The background was majorly spectacular!

After driving another 3 hours, through a whole lot of gorgeous, fascinating, ever-changing desert scenery, we finally arrived at our last Resort, the Red Cliffs Lodge about 20 minutes outside of Moab, Utah, right along the Colorado River. It really lives up to its name: the area is dominated by gorgeous Red cliffs and mesas. Just gorgeous. And the rooms were fabulous, spacious and nicely decorated, with large sliding glass doors out to whatever view you had (creek or river). I’m pretty positive that these rooms were designed by the same people who did the Princess Kenai Lodge I’d stayed at in Alaska. The layout was almost identical. And that’s a good thing!

Dinner was OK, kind of a generic “Italian” buffet, but the wine, which is made onsite at the resort (yes, they have their own vineyard & winery!) was really quite nice.

The next morning, after another well-appointed buffet breakfast (with, I am told, FABULOUS orange-glazed cinnamon rolls) we headed out early for Arches National Park, for our hike to Delicate Arch. This hike was one of the main reasons I’d decided to take this tour. It just looked so spectacular, and sounded amazing. I both looked forward to, and dreaded it. I had read & seen pictures that the hike goes out over very exposed rock, and I was worried about carrying enough water, and also about what to do when I needed to get rid of all that water I’d drunk… not much in the way of cover!!!! (When you’re old like me, this is a big concern!) A few people were opting to take the bus tour around, which would see more arches, but not as close up. Although it sounded more relaxing, I didn’t really want to do that. I wanted to hike all the way to Delicate Arch! It all turned out fine, however. I really didn’t need to carry much else besides water, and I used my mesh Healthy back bag, and had no problems. And my bladder cooperated for once! Yay!

On our way out to the hike, we stopped for a bit to look at this formation, called Balancing Rock. How does this happen? How does this work? Amazing…

The hike really did go out over very exposed, “slick rock” formations. It wasn’t the hardest hike I’d ever been on, but it was a challenge. One of the guys really didn’t think he could make it, and it seemed as though he wanted to give up, but the guides kept encouraging him, and he *did* make it, which was really so cool!

To be continued yet again...

Me Wants the Medianoche!

Beautiful scenery. Thanks for taking the time to post the pictures. Yummm

Chris was one of my guides last year. Good to know he is still doing this trip. Great pictures.

redzinner said:
Beautiful scenery. Thanks for taking the time to post the pictures. Yummm

Thanks! It sure *was* beautiful. Just amazing. And the fry bread was wonderful!


LocustPoint said:
Chris was one of my guides last year. Good to know he is still doing this trip. Great pictures.
Click to expand...

Yes, Chris is doing this trip and the Peru trip this summer. His enthusiasm is very contagious, and he's almost convinced me to take the Peru trip...

Thanks for sharing. Love your pictures!! I think we're doing a similar itinerary next summer - not through Disney, but on our own since we'd like a bit more time. We're thinking of doing 2 nights each in Sedona, Grand Canyon, Bryce, Zion, and Monument Valley, then flying home out of Las Vegas. Anyone with any itinerary tips, please post. 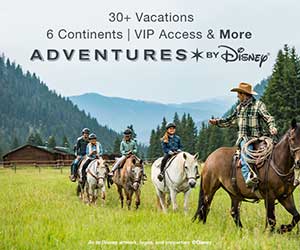