I'm just wondering, I've seen some really creative looking door signs out on the door sign thread... but I don't get it. Why do you need a door sign? Or is it just to show you're in the know and it's fun to make? I cruised in 2004 on a 3 day and don't remember noticing any door signs.

They are great fun to make!

I think that it adds a touch of whimsy to your door!

Disney Cruizin Is 4 Me

If you're travelling with multiple people in different rooms, it makes it 10 times easier to find the right stateroom.

For children, it helps them identify their own room . . . . especially since they're usually racing down the hall to put the KTTW card in the door to open it!

It helps little ones find their Nana and Pappa's room.

Door signs are a fun way to add a little personality to your cabin. It lets others in your group find you and makes it easy to find your own room. I love seeing the creative designs people come up with.
D

We had a pad of sticky notes on our door to tell each other where we were, but we ended up getting lots of notes left by other cruisers with compliments about our door decorations. DD-11 and DS-9 were VERY proud of our signs and felt bad for the others without door signs.

When we cruised in December, I thought my family would be the only ones that didn't have a door sign. To my luck, we never saw a door sign on our deck so we I didn't feel too bad. I think most people make them for the fun of it and for a little extra magic for their families. I can see where they could come in handy if you had a few too many drinks, because even without having any drinks, that hallway has a lot of doors and they all look alike. That is they don't have the door signs.
A

Yep, for the one to many Bahama Mama's

also, I seem to be aft & forward challenged, therefore always going the wrong direction. The sign helped me find my room easier LOL!

Actually it was just for some fun and so that the many people in our group were able to identify our door easier then having to remember all our room numbers.

It's simply alot of fun. On past cruises DISers have made small door magnets to share with each other & surprised everyone by putting them on the door during the cruise.

Sounds neat. I sailed on Carnival 3 times and do not remember seeing door signs. We are sailing on a DCL Halloween cruise and I might consider making a sign. I would be a little nervous putting our family names on the signs. Has anyone made one without any personal information on it?

<font color=purple>Knows someone who drives a brai

Torontogal said:
Sounds neat. I sailed on Carnival 3 times and do not remember seeing door signs. We are sailing on a DCL Halloween cruise and I might consider making a sign. I would be a little nervous putting our family names on the signs. Has anyone made one without any personal information on it?
Click to expand...

For our last cruise I had one that just had our last names and our DisNames. For the cruise next year I have a few day signs (Formal Night, Priate Night, etc) and they don't have any names at all.
G

We don't usually do a "sign", but we do put up a dry-erase board. I found a small Tony Stewart (NASCAR driver) board at the local Dollar Tree. We were able to write notes back and forth...plus we got a lot of funny NASCAR messages from other cruisers. I'd also bought some magnetic strips that let you turn a picture into a magnet and I put a picture of our ferrets on the door. We got some really cute messages about them too!

Since you are making the signs, you can put anything you want on them! I made about 8 signs for our door for Feb 4-11 2006 Eastern cruise. It was unbelievably fun for me and started the whole excitement of the cruise months in advance. I even made some for our traveling companions and then snuck up there before the rooms were open to put them on the doors. It was a great surprise for everyone in our party and just extra special coming back to our cabin and seeing the signs. It's also very easy to identify your room since all the doors look the same.

You do want to personalize them in some way or there is a chance that they will disappear. Unfortunantly that happens even onboard Disney.

A girlfriend is making a sign for us to celebrate our wedding. It will just have first names on it and photos. I'm excited to see what she comes up with -- it will be a fun surprise for me too!

I've given her a folder of information and in the process discovered a new favorite picture of my future husband and me at the grand canyon!

Torontogal said:
Sounds neat. I sailed on Carnival 3 times and do not remember seeing door signs. We are sailing on a DCL Halloween cruise and I might consider making a sign. I would be a little nervous putting our family names on the signs. Has anyone made one without any personal information on it?
Click to expand...

I'm a bit leary of putting personal info on our door sign but plan to put our stateroom number and sailing dates on it so that is no good to anyone else and less likely to go missing. When we come home, the sign will go in a scrapbook as an introduction to the photos from our trip. Door signs = fun and practical!

DIS Sponsor in the Rocky Mountains of Colorado

(Hi, Nancy...keep bumping into you on other threads!)

A word on door signs...we use our Disboard names and the date/destinations of the cruise along with pictures of us, Disney stickers, and pictures/words cut out of DCL and destination brochures.

Door signs are helpful with identifying other Disboarders and great conversation starters with stateroom neighbors. On our last cruise Feb 4 there were at least six different sets of door signs we passed just getting from the elevators to our stateroom on deck 6. And it was a help in identifying which stateroom was ours (even without the Bahama Mamas it is quite possible to get occasionally disoriented about where you are. I've had to check the anchors on the carpet more than once to get my bow and stern bearings). Helps the kids who get the SR numbers mixed up find the room more easily, too.

Mostly, it was a fun way to prepare for our trip, and since we made our signs on 12x12 scrapbook paper, after the cruise our signs became our title pages to our cruise scrapbook/photo album.

I agree with all the other posters - they really help you and your kids find your door. They all look alike!

Our sign was very simple - we got the Disney paint chips from Home Depot in lots of different colours, cut them out so we had the Mickey head shape, and stuck them on the door in the order of the colours of the rainbow. Effective, simple, and inexpensive!

I just do it for the fun of it, to add some whimsy, its something to work on during the exciting "anticipation" phase of pre-cruise. I don't get drunk on cruises (though I have often had enough that I would not have been legal to drive had I been on land) so the finding the door aspect is relegated just to a visual identifier from a distance for DS to let him know he's almost there--but he's a smart boy and knows his number, anyway.

I did signs on two RCCL cruises earlier this year, and was the only one with one, at least on my deck, on the Radiance and almost the only one on the Enchantment--there was a woman across the hall celebrating a birthday and cruising with many family members so they had decorated her door for her. Caught many people's attention, they thought it was fun to look at it was a common comment, and perhaps they'll do it for their next cruises.
P

<font color=blue>Mickey asks that you not advise s

I was going to say the same as "Logan" - to fill in the time while you are waiting!!!!

We booked late, so it looks like we are gonna be all the waaayyyy down at the end of the hall, but I am gonna do them anyway. I am looking forward to figuring it all out and making some nice things....the only thing I am reticent about is using my DD's name or pics, I worry about that stuff.....so will probably just do our last name "Smith's vacation", etc...
You must log in or register to reply here.
Share:
Facebook Twitter Reddit Pinterest Email Link 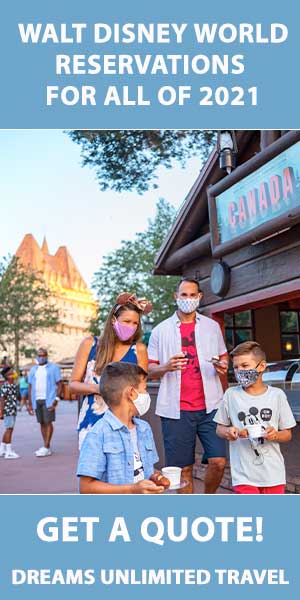