How fast it all changed.

I'm just heading back to the hospital now where my husband was admitted on Wednesday. He went in with back pain, radiating around to the stomach. Suspicion was appendicitis - family doctor suggested he go directly to ER when he called for an appointment, as that's where they would send him. He had been dealing with it for a few weeks after he ran backwards into my car hard enough to dent it while snow blowing (don't ask) but after repeated visits to the chiropractor didn't change anything he finally went to emergency Wednesday morning.

Instead - scans have found a 1.4 cm mass on his pancreas, nodules on his liver. Today he is getting a bone scan because the x-rays showed nothing that could be causing the pain in his lower back. Could be the enlarged liver, but doctor 'suspects' more going on. They have said they 'suspect' cancer. Well yeah - me too given the findings so far. We've been assigned a social worker who has yet to put in an appearance two days later, and I doubt they send a social worker for a likely benign issue. However - we have to wait two weeks for the results of the liver biopsy done yesterday. I have missed the doctor each time I've gone home to deal with a sick kid and let our dogs out, so I'm getting pieces of information from rotating nurses and my loopy husband. I'm not budging today until I speak to one of his doctors.

They said they're discharging him today, but he can't stand without his heart racing - he's on a floor where they are monitoring his heart and they all come running every time he moves around because he starts dinging at the station. And his pain is not adequately managed. He can't tolerate the narcotic pain relievers so I'm not sure how they're going to tackle that. Especially if we hear the news they're alluding to and we start down that path.

So sorry to hear this. My thoughts are with you.

When I had surgery they gave me a non-narcotic pain medication which worked really well. I can't remember the name of it, but you could ask about non-narcotic options.
M

I'm so sorry lots of prayers

I am so sorry you are dealing with this all right now~ so true, life changes in an instant.
Sending healing thoughts to your DH and praying for the best possible outcome for him.
(((Hugs)))

I am so sorry. Lots of prayers and good thoughts. Please take care of you too.

Hums in her sleep

Sorry this is happening. Hoping for a good outcome for your husband.

I am so sorry. I hope they are able to find something to control the pain. All my prayers for his health to improve & for strength as you all go through this difficult journey.

I'm so sorry. Take a deep breath and try not to think too far ahead. So glad you're there for him. I'll say a prayer for your family.
S

I am so sorry! I was exactly where you are 6 years ago. My perfectly healthy DH fell while skiing and fractured a rib. It didn't heal and finally after pain kept increasing we started down the path you are now on. Our path led us to MD Anderson for successful treatment.

Prayers that you get answers today, and for help with pain management while treatment is getting going. Bless you! it is a frightening overwhelming journey- sending hugs!

<font color=green>I was going to reply, but I see

I'm so sorry. That has to be a shock.

I hope you and your husband have a lot of support. I know you'll find support here and I hope that helps.
M

I’m sorry, it’s so frustrating in this day and age that biopsy results take so long. Ask your teens if they can get their hands on some pot. For the heart racing, I’m on bp medication that helps with it, I was actually taken to the ER because it was 230. There are ways to stop it (they showed me in the ambulance). Bearing down like having a baby, blowing hard into a tube, both work to stop it. I hope it’s not serious.

No advice, just an "I am so sorry". How scary

mom2rtk said:
Take a deep breath and try not to think too far ahead.
Click to expand...

This makes sense to me, this is so much to absorb it would put anyone into a panic. Talking to the doctor sounds like a good plan, try to hang in there.

Sending your and your family (especially your husband) good thoughts and prayers. God Bless

I am so sorry. The biggest lesson I've learned in my career is to make the most of today because you don't know what's around the corner. Best of wishes to you and your husband, I know this must be a very difficult time. I think the best thing you can do right now is just love each other, spend time together, and start acting on all those "someday" plans. Even if it turns out to be benign, you won't regret making a point to really live.

I'm so sorry you are going through that. It's easy to forget what a blessing it is to have your family healthy.
A 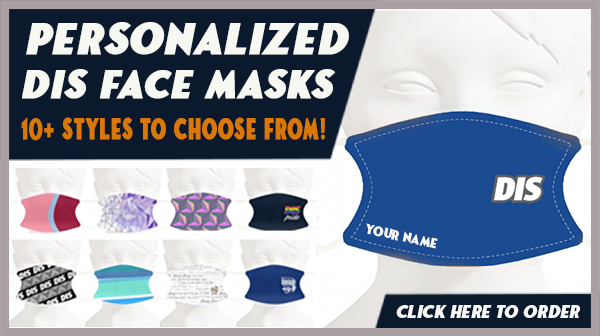