When you think of Hawaii, you think of luxury. Endless beaches, palm trees swaying in the trade winds, your feet up on a pool chair and an ever-present mai tai in a somewhat tacky tiki glass in your hand. You might think of millionaires and movie stars enjoying swanky vacation homes in a tropical playground.

But luxury is not solely the domain of the well-heeled. Imagine the typical dream wedding. You might have the perfect venue, marble floors, white tablecloths, gorgeous gowns and a picturesque backdrop. But even there, tucked back in the corner of the reception hall, is the one family you HAD to invite. You know the ones: Dad is wearing the only suit he owns, which he found on the discount rack at a dry-goods store; the kids have clip-on ties, un-tucked shirts and are hanging backwards over their chairs loudly wondering when they can go home, and the whole family is aghast and appalled that the hors doeuvres failed to include pigs-in-a-blanket.

This is the story of how that family managed to take a Hawaiian vacation. 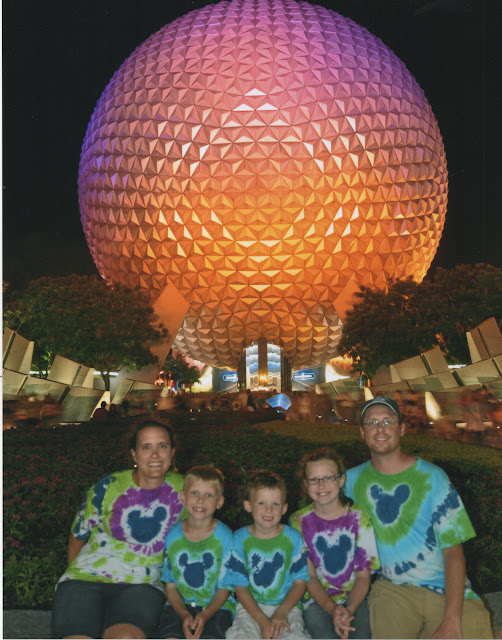 Left to Right: Julie, David, Scotty, Sarah, and me (Mark)

We had originally planned to go to Hawaii to celebrate our 10th anniversary, which would have been in 2008

and then Scotty happened.

Scotty was born in 2006, and while we may not have planned it that way, we cant imagine life without him now. They broke the mold when they made him. Rumor has it they beat the crap out of the mold-maker, too.

In any case, we werent going to go to Hawaii with a 2-year-old, since we wanted our kids to be able to appreciate all the state had to offer (and be able to handle the excruciating long flight to get there). So the plans got pushed back, and 2013 presented us the opportunity to celebrate our 15th anniversary in style.

We had a perfect storm of circumstances come together to make this trip possible. For years, we had been a one-income family (and that was a meager government salary), which didnt leave a lot left over for vacations. But with the 3 kids in school, Julie worked hard to get back into the teaching profession, and secured a job as a long-term substitute at our kids school. This provided the vacation fund.

When she was offered the job, the first thing she did was call me and ask, Wanna go to Hawaii?

Of course, I argued for long-term investment and wise financial strategy. Then we compared our savings with the projected future cost of college tuition for the kids and said, Screw it! Hawaii it is.

We also had saved up enough frequent-flier miles on United over 15 years to be able to secure 3 free round-trip tickets. And I have family that lives on Maui, so we had a place to stay there. We decided that if there was ever a time to go as a family, it was now. Who knew if wed ever get the opportunity again?

Ive placed this trip report in the DVC Trip Reports thread because it includes a stay at Aulani. We are not DVC owners, but know how to play them on TV. More importantly, we have friends who are DVC owners, and our family is really, really good at mooching off of our buddies. So, I hope youll join us as we re-live our epic 4-island Hawaiian adventure. And if you subscribe to this TR now, Ill throw in a free Dole Whip* for you. 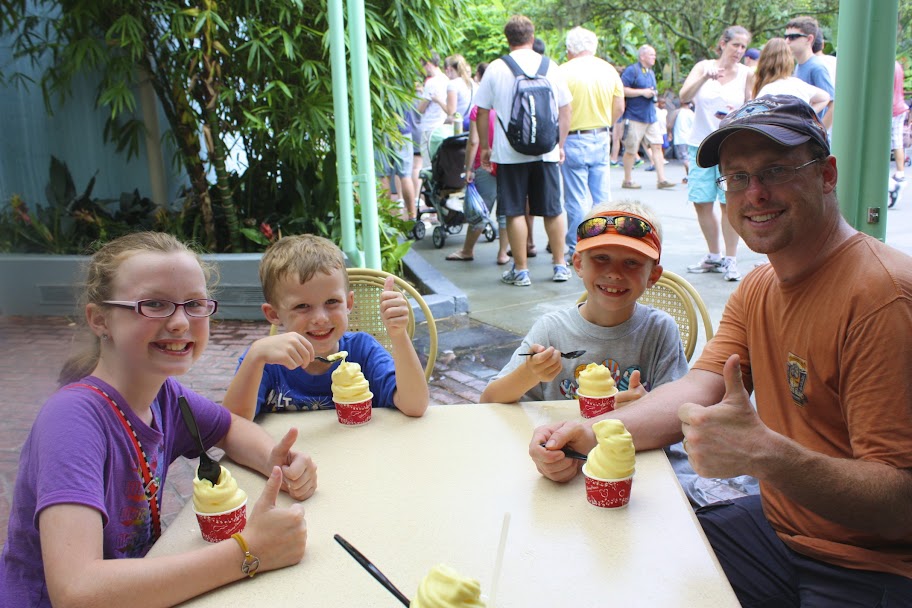 *Offer valid for one (1) virtual Dole Whip only. Offer cannot be exchanged for any monetary value or anything else of value, such as an actual Dole Whip. Offer valid in lower 48 states only, which excludes Hawaii and of course thats one of the few places where you can actually get a Dole Whip in the first place. May not be combined with any other offer, and dont even think about ganging up with other TR subscribers to somehow create one massive superhuman Dole Whip Float, because itll melt before you can eat it all anyway. Just pretend you had a Dole Whip and read on, ok?

Also: in past TRs, Ive been known to run contests for you to spot movie quotes in the narrative, come up with creative slogans for Beverly, and spot certain sections of the report that may not bewell, truthful. Unfortunately, I dont have the time or energy to keep track of points and standings, so I have no plans to run a contest at this time. But feel free to call out movie quotes if you see them. Theyre usually the most entertaining part of the reports, anyway.

Also also: we learned just before leaving for this trip that my wife had a medical condition that would affect her ability to participate in the hikes and other activities we had planned on Hawaii. Ill get into more detail later, but for those of you who are friends with her on Facebook, you might want to check out her page later today.

Coming Up Next: Its a good thing we spent all that time agonizing over those airplane seat assignments.

Chapter 26: A Whole Bunch of Nothin'
Chapter 27: Even More Nothing, But With More Sunset
Chapter 28: It's Just A Big Hole in the Ground
Chapter 29: Bubba!
Chapter 29, part 2: Bubba! cont.
Chapter 30: Warm and Sunny, With A Slight Chance of Death

Reporting for duty...now back to read intros.

I'll pass on the Dole Whip...hate the things (I can see the whiplashing coming now).

And I know Julie's secret.

And then Scotty happened...

If it’s still here tomorrow… I may ignore it again

Captain_Oblivious said:
...And Then Scotty Happened.
Click to expand...

Wouldn't miss this one for the world!

Glad to have you!

I'll pass on the Dole Whip...hate the things (I can see the whiplashing coming now).

And I know Julie's secret.

I guess it's not such a secret now.

afwdwfan said:
And then Scotty happened...

Andy! Hope you have a great vacation! We'll try not to get too far ahead of you.

Wouldn't miss this one for the world!

Rob! I have to give Randall credit for the TR title.

good intro, cant wait to read along, hopefully no one was eaten by any sharks while in the ocean...that would put a damper on the report thats for sure.

WOW, That is a Really Great Title for a Thread!

I'm here! Sure to provide truthful information when needed!

All that fresh air over the years has done me good

Looks great and even has that new thread smell. Just needs some bacon and it would be perfect.

The truth is overrated.

I am SO excited to read your TR!!!! Already made me giggle at least 10 times!

Just one question....does your tie clip on too?

I'm in! Although with my record of keeping up with the disboards lately, I'll probably be back around page 100...

Oh thanks heavens. I was afraid the good Captain was going to go off unfettered.

Thank heaven for the voice of reason.

Signing on! Will have to come back later to read though.