This was put on the Official Universal website then later pulled, but mentioning it since the announcement is likely coming very soon. Anyway this show is taking place of what was Terminator 2: 3D in the studios. The Jason Bourne film series may be an odd choice, but from the folks I know involved with the show the show itself will be pretty darn amazing. (Up there with waterworld)

I tried to post a screenshot of one of the articles on the official annual passholder page.
It was deleted in less than 5 minutes

It's a bit of a roodie doodie word for lady parts

Thing is, this isn't even a surprise, it`s been the worst kept secret ever!!

We`ll give it a try anyway.

According to this article, they state they managed to get the information from the AP article before it was deleted and put it in their own: 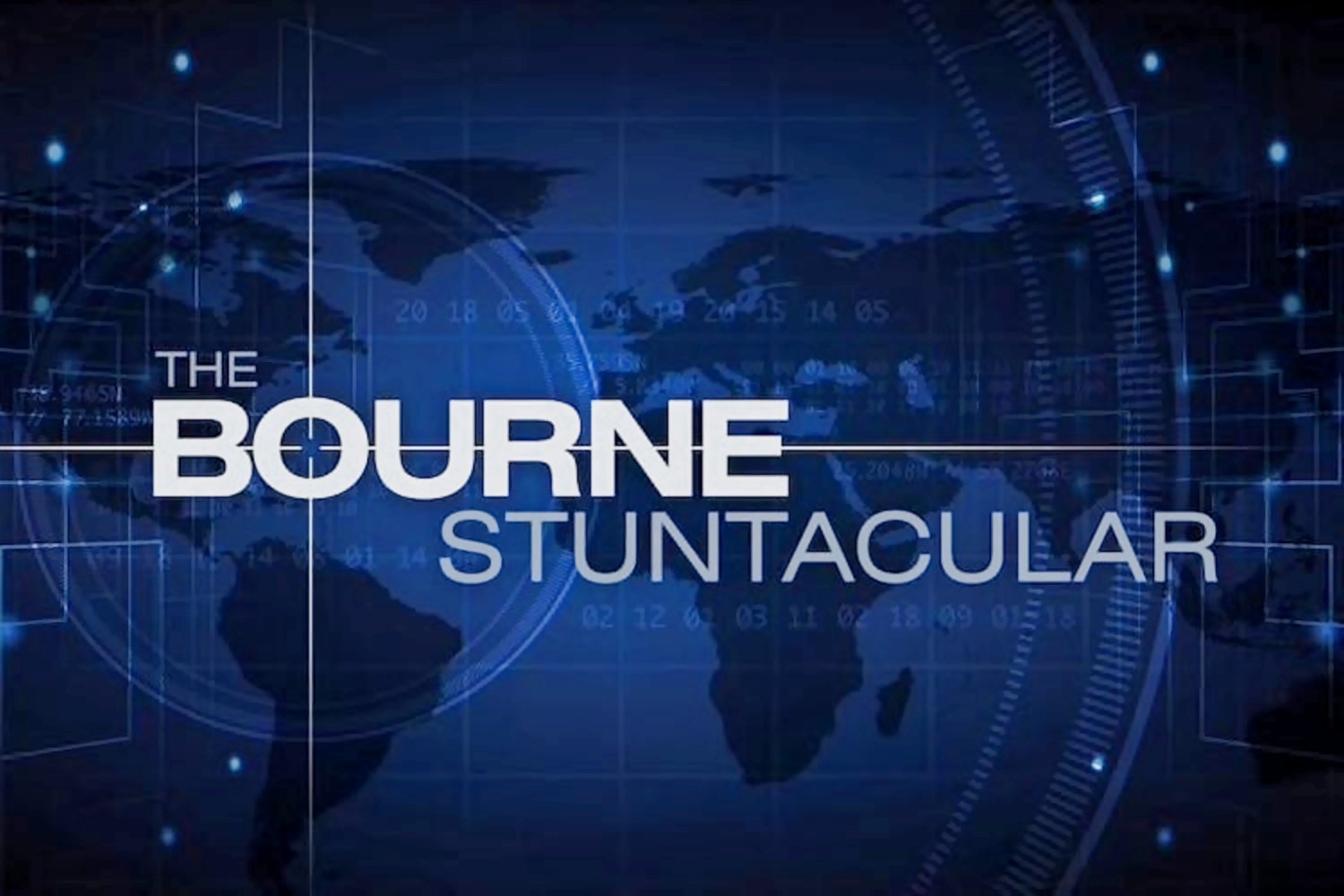 Just a little over two years since Terminator closed at Universal Studios Florida, we're finally getting our first official word on its replacement.
orlandoparkstop.com
As they said in the article, things could slightly change, including the name due to them deleting the article. I do not know about that, but I kind of hope Universal does, as "Stuntacular" seems a little too extra on them trying too hard to make it sound epic (which is their other favorite word). As uncreative as it would be, just "stunt show" I felt would have been fine, or at least just give a movie-like title, like they did with T2.

As of right now (47 minutes ago) Universal posted a video of the logo (seen above) on Facebook. It has a link, but when I go to it on my phone it shows what's coming up next, but I see no reference to the show.

AP newsletter email announcement received a few minutes ago. So, it is being advertised now. Interesting stage with stunts.
A

Finally something new taking that space. Look forward to seeing it during my HHN 30 trip next year.
F

I’m excited to see it. Loved the Terminator show in that space, but I understand why it had to go.

A bit of behind the scenes about it Natalie goes on the job with Universal Orlando’s ‘Bourne’ stuntmen

Natalie Morales gets a behind-the-scenes look at Universal Orlando’s newest live attraction “The Bourne Stuntacular.” Watch as she learns what it takes to punch like a pro with stunt performers John Donohue and Ken Clark.

This is now soft opened, and I went out to Universal around 1:30 yesterday, they weren't doing any shows on any regular schedule, but I was by it when they started lining up for a ~2PM show (or a little after 2PM==edit it was 2:40pm we just lined up around 2). The screen and props are flat amazing, it's hard to tell at times when it is real or not. The show had a glitch toward the end and they had to stop it (there was a ton of management in the back watching) But it took a while to get through, the preshow room was half filled but the theater held more than the preshow room could (with distancing) so they walked some right from the indoor queue straight into the theater.

Show is legitimately good, lots of detail to take in and stunts were good, flow and lineup was pretty amazing. i'll have to go back to see if I can get through a whole show. (It died during the Dubai helicopter sequence) The weakest part was the plot itself, but the execution of the show was so well done I forgot about it. Visually stunning is the best way to put it. If you go to the park DO NOT MISS this.

The show was much better than what I expected originally. Precision accuracy in sets, action, and film, lots more live action than Terminator had, no 3D Glasses, but add in Broadway style moving sets and you got this show.

I watched it on YT. It convinced me enough to check it out next time I'm at Uni, at least. I would like to see how it looks in person.

The show is pretty dang good. Storyline is a bit of a mess but holy cow the stunts and use of live actors and screens are GOOD! Once this physical distance nuisance is gone the theater will be a people eater too.

Proud Redhead...yes, I have some bananas!

Scroll to the end for a bit of show...i.e. SPOILERS AHEAD

Proud Redhead...yes, I have some bananas!

It does look good. I forwarded it to a two different people whom aren’t familiar with the franchise. Hate to compare the two big parks’ offerings, but both said pretty much the same thing...appears to be a modern take on the Indy stunt show idea. I still enjoy that show, have a feeling I’m going to love this

It's a bit of a roodie doodie word for lady parts

I`m not the biggest Bourne fan, but it does look to be a good show!