Happy Hump Day and also Happy 26th Birthday to me!

We also have color changes to celebrate! Shout out to DRussell88 and the TEAM for reaching Proud Purple.
Twilight Sparkle and PollyannaMom have both reached Princess Pink!
To celebrate their royal color change, let's talk about 2 princess themed DCOMs starting with Princess Protection Program starring Demi Lovato and Selena Gomez!

Rosie is a royal princess whose coronation is interrupted by a coup! Carter's father is part of an agency called the Princess Protection Program, so he safely evacuates Rosie until it is safe to return to her own country. Rosie has to learn to get along with Carter and adjust to life in Louisiana. This is a super cute movie and I would recommend if you enjoy a feel good movie!
Next Up is Tangled Before Ever After.

This movie is really more of a pilot for a Tangled television series. The DCOM covers the events of Rapunzel and Eugene's lives right after the end of the movie Tangled and the subsequent TV show covers their lives up until their wedding day and all the magical adventures that happen in the meantime. Rapunzel's hair also grows back for some reason?

Smart House is a 1999 movie about a teenage contest whiz, his widowed father, and his little sister, who win a computerized house that begins to take on a life of its own – the life of an overbearing mother. It;s fun to see what we envisioned artificial intelligence to be in the late 90s! So many of us have features of a "smart house" today, but even still, our kitchens don't automatically make us breakfast!

Elizabeth Smith said:
This movie is really more of a pilot for a Tangled television series.
Click to expand...

I have to see if my girls have watched this. They really liked the tangled tv series, which I had never heard of till they got annoyed at each other for watching it without them.

sophy1996 and I have both reached Princess Pink!

I'm pretty sure I have exhausted all of the DCOMs that are literally about princesses, but there's a classic Disney Channel movie about a princess at heart... Cadet Kelly! 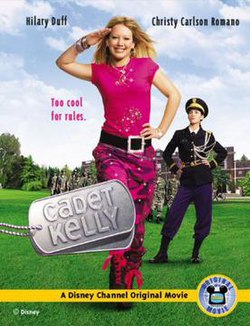 Okay, so maybe Kelly is not really the "princess" type, but more of a hippie-artist type. Either way, she is in for a rude awakening when her mom and new husband plan for her to attend the military school where her step-father works as the Commandant. At first she can't seem to fit in, but she finds a place for herself on the drill team and learns the value of teamwork and respect! I love this movie.

And since we're at least, in part, celebrating my success today, we'll cover one of my new favorites: Zombies 2! 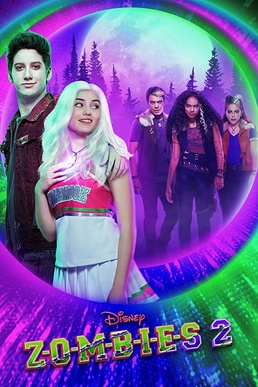 This is obviously a sequel to my beloved Zombies, which I watched for the 1st time last month... Since then I have seen Zombies three times and Zombies 2 twice. This movie introduces werewolves and builds on themes of discrimination, prejudice, acceptance present in the first movie. I honestly didn't like this one as much as the first, but the songs were really good!

I think I may have seen Smart House (or part of it) a long time ago, but I'm not sure. I'm definitely putting Princess Protection Program on my list, though.

340 minutes since last check in - horses and walking

Oh to be 26 again! Hope you had a wonderful bday, Elizabeth Smith!!!!

Twilight Sparkle said:
Oh to be 26 again! Hope you had a wonderful bday, Elizabeth Smith!!!!
Click to expand...

PollyannaMom, sophy1996, and I have all reached Ripping Red and Twilight Sparkle has reached Smart Green!

Johnny Tsunami was well know for "Ripping" it up on the waves, but when his family suddenly moved to Vermont, he had to learn a different way to board! 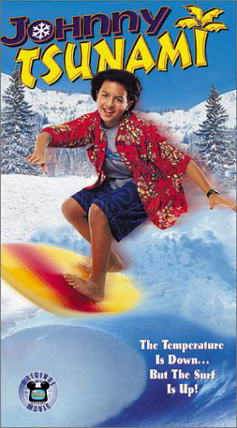 Johnny is at odds with his father, who wants desperately for his son to fit in with his private school peers. Throughout the movie, the two learn to reach a common ground while Johnny stands his ground against some school bullies! Go big or go home! LOL.

And to go with the theme of Green, we can cover Luck of the Irish! 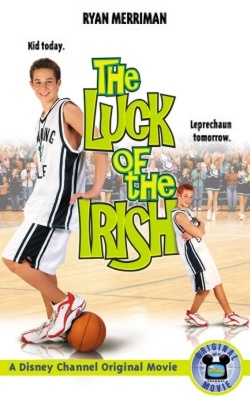 This movie follows a kid named Kyle who learns that he's not only Irish, but he's also a leprechaun who needs to recover his luck!

If I have learned anything from watching all the Disney Channel Original Movies, making a trilogy is almost always a mistake. So with that in mind, do we have any volunteers to take on September?
Last edited: Aug 30, 2020

Here are the rest of my minutes from August.

Elizabeth Smith said:
If I have learned anything from watching all the Disney Channel Original Movies, making a trilogy is almost always a mistake. So with that in mind, do we have any volunteers to take on September?
Click to expand...

September thread is up.