Is that so or just being remodeled? If it is , which I hope not. It should be replaced by another Muppet theme show like they began stars like their first movie.
D

old lady said:
Is that so or just being remodeled? If it is , which I hope not. It should be replaced by another Muppet theme show like they began stars like their first movie.
Click to expand...

I don't believe there are any current plans to replace or change the show and there are no scheduled refurbs at this point.

Yeah, there is no word on that. They just redid the signage on the outside and did some work on the surrounding area. I don't think it's going anywhere too soon. Maybe after Star Wars opens they might make some changes. Personally I'd like to see it stick with The Muppets, but maybe an updated show.

What makes you think it is closing? (I didn't go inside it on my last trip).

I will say though that the change of the signage and the integration of the courtyard architecture into the new "Grand Avenue" area makes that area very generic. Which makes me think there are non-Muppet plans for that area.

Replace a few signs and remove the Miss Piggy statue on the fountain and you quickly remove the Muppet theming.

I like how that area looks/feels right now, but it doesn't feel like Muppets really unless they put in a Liberty Square-type show in the area. (That show is SO muppets! It was hilarious. I am glad I caught it during a rest time there).

There is some things happening which could indicate something might happen eventually.

They first reduced the hours of the show slightly, and PizzeRizzo which just opened a year or so ago is now "Seasonal" status (though this could be for other reasons, including bad reviews)

I kept wondering why they didn't just re-purpose the whole area for Star Wars since it sits in between Star Tours and Galaxy's Edge, but rumors persist that Star Tours may also be changed once Galaxy's Edge opens.

The only thing that's still unchanged in that area is Mama Melrose's, and it's a good quality table service restaurant and shows no sign of being closed, though it's not part of the Muppets theme.

I hope it's still there next summer, as it's been a long time since I've seen it and it's on the list for that visit.

Personally, I'd love a much larger Muppets presence at WDW. But I grew up with them, and I would guess they don't have that sort of appeal to younger generations who didn't? Shame. The Muppets are the best.

There is no credible information to suggest it’s closing.

Wouldn't mind seeing them revamp the area, and maybe the space used up by Star Tour as well. Could tear down PizzaRizzo since it is only seasonal and not well liked to open up more space or build new stuff. But be nice to see them either change or at least enhance the current Muppetvision. Give it better picture quality and such at least. Then would be cool to see a new dark ride that is basically like Roger Rabbit's Car Toon Spin but with a Muppets theme. The ride is a ton of fun and be something different for WDW and unique. Plus teh wackiness of the Muppets would fit perfectly with that ride as well. Could put in a new quick service station too if needed. Think this would make for a great mini Muppets land, could even incorporate some Muppets into Mama Melrose to pull it into the area too.

If they aren't going to give "The Muppets" the proper respect they deserve they might as well replace all of Muppets Courtyard.

It could easily be changed to fit a certain Monster show from Tomorrowland. (

) And the city environment could be easily changed to fit a certain Monster city. (

disneysource11 said:
It could easily be changed to fit a certain Monster show from Tomorrowland. (

) And the city environment could be easily changed to fit a certain Monster city. (

Oh no, here we go again.

Hello and Goodbye Dsource. I know you're going to take off yet again and watch us talk about it and you. Are you actually getting odd pleasures from this you weirdo?

I do think it actually is a genius idea though.

PM me your funny Disney shirts

Correct me if I'm wrong, but wasn't Muppet*Vision3D one of (if not the) last things that Jim Henson worked on? If they ever were to get rid of it, I would love to see a remastered 3D version for sale.

mikepizzo said:
Correct me if I'm wrong, but wasn't Muppet*Vision3D one of (if not the) last things that Jim Henson worked on? If they ever were to get rid of it, I would love to see a remastered 3D version for sale.
Click to expand...

I agree with Disneysource and Dfan that the area could actually be a good miniland for Monster's Inc. Could convert Muppetvision into a new 4D Monsters Inc. show. Could really make it one fo the best by having the current Laugh Floor show at Magic Kingdom be the preshow for the new movie. They could convert Pizzarizzo into the restaurant from the first movie. If they coudl lfit in a dark ride as well it would be a perfect little land

Yeah, it would actually be really easy to create Monstropolis too. Just add in a monster statue or two and some funny store fronts.

I love the Muppets, but it is looking like it is being discarded by the newer generation. Might as well put something that everyone will enjoy. 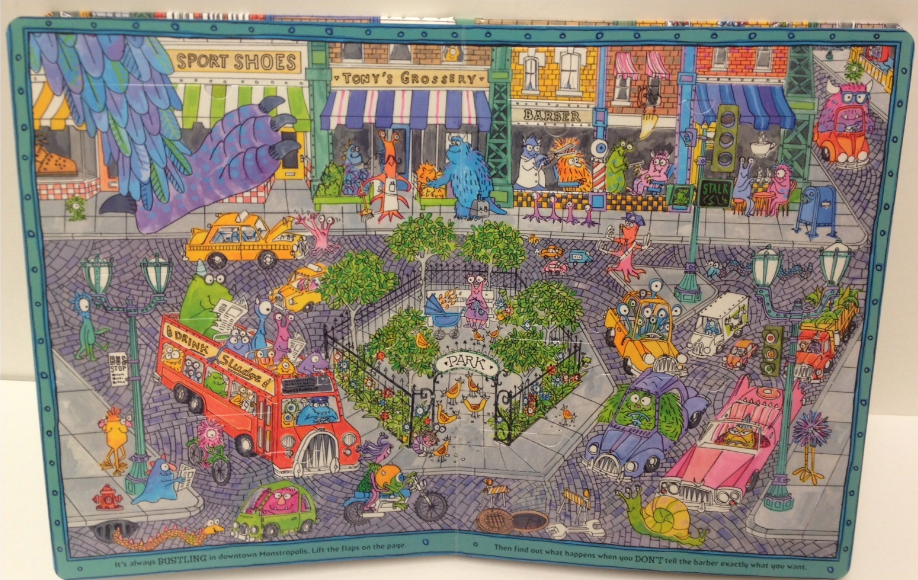 Hollywood is going to continue changing to being an "In the Movies" environment. Toy Story was just the beginning of the new development growth. If things go as planned Monsters, Indy and possibly another Pixar or Disney Animated movie will get a land to finally finish the park.

LOL, you know what I'm talking about. Hollywood has never been a full day park. Most people spend around 3-5 hours there and then go to another park.

disneysource11 said:
LOL, you know what I'm talking about. Hollywood has never been a full day park. Most people spend around 3-5 hours there and then go to another park.
Click to expand...