The Great Movie Ride will close August 13, 2017. It will be replaced by Mickey and Minnie's Runaway Railway. The attraction will open in 2019. The ride will use new technology and a 2 1/2 D affect.

From the parks blog

Our first Mickey-themed ride-through attraction, Mickey & Minnie’s Runaway Railway at Disney’s Hollywood Studios, is opening in 2019 – and we have new, exciting details to share!

During D23 Expo Japan, Bob Chapek, Chairman of Walt Disney Parks & Resorts, announced the opening year and showed how we’re pulling out all of the stops to make Mickey’s first attraction an unbelievable experience for everyone. Mickey & Minnie’s Runaway Railway will feature a new catchy theme song created especially for the attraction as well as a new experience that defies logic that we’re calling 2 ½-D. No glasses required.

On the attraction, the fun begins when you see the premiere of a new cartoon short with Mickey and Minnie getting ready for a picnic. As they head out, they drive alongside a train and find out that the engineer is Goofy. Then, one magical moment lets you step into the movie and on Goofy’s train for a wacky, wild ride.

Mickey & Minnie’s Runaway Railway will put you inside the wacky and unpredictable world of a Mickey Mouse Cartoon Short where you’re the star and anything can happen. And for the first time, we shared a preview of what the cars will look like when you board the attraction for a zany, out-of-control adventure filled with surprising twists and turns.

The teams helping create the attraction are currently working with partners at Disney Television Animation—the people who create the popular and award-winning Mickey Shorts – to keep the characters and story authentic and to make sure you’re able to step through the movie screen and join Mickey and his friends like never before.

Just read that GMR may even close before the contract ends. The new attraction that will go into the GMR building is set to open in 2019 with Star Wars.

The building stays, the inside completely gutted, new ride system and all.

Interesting... guessing a unique property not tied to other IP in the park?

I'm so excited about this! I have never done GMR as it just holds no appeal to me. I'm sure others won't be as happy though.

Count me in as an unhappy person. I could ride it all day just to see the Wizard of Oz part. Wish they would auction that stuff off. I decorate my house with it!

Budshark said:
Interesting... guessing a unique property not tied to other IP in the park?
Click to expand...

Well from what I know it's not Star Wars, Pixar, or frozen.

rteetz said:
Well from what I know it's not Star Wars, Pixar, or frozen.
Click to expand...

Although it'd be an interesting building and location for Monsters door coaster. (And yes I'm baiting people!)

Budshark said:
Although it'd be an interesting building and location for Monsters door coaster. (And yes I'm baiting people!)
Click to expand...

It would be but its not Pixar.

rteetz said:
It would be but its not Pixar.
Click to expand...

Hmmm. It'd make an interesting temple for an Indy ride (Disneyland). But unlikely at this point and Dinosaur is a clone.

Tron coaster but we wouldn't be so lucky.

You didn't say Marvel. So since the GOTG overlay was so unpopular especially for DHS, back to the original rumor and make it a GOTG ride. (Cue the arm chair lawyers to debate availability). This officially puts GOTG going into 3 different rides at 2 different parks with simultaneous rumors. That's gotta be a record.

Hmmm this is very interesting. I'd be fine seeing it go - especially to get a cool new E-ticket. The park is no longer pushing the movie studio thing so it's not as important IMO. The theater facade is more awesome and iconic than the attraction itself. They should put like Mystic Manor or something like that in there. I feel like they could tweak the theming or make it work. Now THAT would gag everyone. I keep thinking that DHS is kind of becoming the DCA of the east - that's the kind of direction it's going in, what they turned DCA into.

Wow, this is huge.

I can't help thinking that Universal's impending 3rd and presumably 4th park plus ever-growing portfolio of resort hotels will force Disney to take a very large broom to a large number of their more elderly, lame, and "almost never" updated attractions.

Especially in DHS and Epcot.

I predict that the slogan for DHS will be, "It's a whole new park!" and its other stepsister park will be glossed, "Epcot like you've never seen it before."

What else can the do if Uni is saying, "We actually have an actually new park, and we're going to build another actually new park afterward, plus we'll have a water park that kicks the Disney water parks' a$$e$ all the way back to Burbank" ???

Aww this breaks my heart. I love GMR. I know it's corny but I can't help it. Ah well. I'll ride it as much as I can before it's gone.

How long has this been in the works though? Even though this seems 95% official I'm still going to wait for official confirmation just to be sure. Sad to see such a legendary, though extremely out of place, ride go

shame i quite liked this ride, even watching the film bit before the ride, we will see hopefully will get a chance to go on this one last time next October

Wow, I was aware of all of the changes in DHS, but I didn't realize it was that bad until I read that. Makes me sad.

Sad to see it go ... had they changed up the queue's with some different movies to keep things fresh, that would have been great.

Oh well ... it will be interesting to see what it gets replaced with.

rteetz said:
Well from what I know it's not Star Wars, Pixar, or frozen.
Click to expand...

Big Hero 6 or Wreck it Ralph?

Bummer....I love thrill rides and simulators as much as anyone, but a big part of the Disney "brand" and its legacy that always made it so different from six flags, uni and busch gardens was their ability to bring different flavors to the vacation experience - a mix of thrills with other calmer attractions that were charming and well-themed and would appeal to all ages - tots to great grandpas. Small World, The Great Movie Ride, Carousel of Progress...these added unique character to the parks.

Uni always focused heavily on rides, but Disney had that special ambiance that transcended individual E Ticket rides...they were about something much more.

I always thought they should have just hired film majors students as CMs to write their own individual script to narrate. I love the ride, but since there is so much to say about each movie, it made me sad when the "hosts" just reiterated the same info year after year. Whatever replaces it needs to be well thought out with the theater theme, or I will always long for the GMR.
You must log in or register to reply here.
Share:
Facebook Twitter Reddit Pinterest Email Link
Walt Disney World Resort Reopening Information and Updates 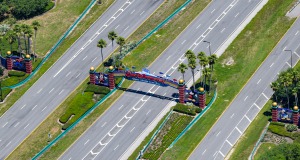