I spend most of my time on Disney + watching old favorites that I haven't seen in years. Last night I watched the Great Muppet Caper. The commercial about the Marvel series on Disney + has me deeply excited.
N

I do have a Roku2 which is old compared to todays products but it works well with everything else.

I had a bunch of issues this weekend watching Alladin.

I do have a Roku2 which is old compared to todays products but it works well with everything else.

Roku smart TV user here...I started to have some issues and we have a 300mbps internet connection so I know its not the speed...When I looked at what Wifi network it was attached to I noticed it was on the 5ghz version of our Xfinity connection not the 2.4. After changing it to the 2.4 it hasn't had a single issue.

Farro said:
I did watch Troop Zero on Prime (amazon original movie) and have to say I just really enjoyed it!

I do have a Roku2 which is old compared to todays products but it works well with everything else.
Click to expand...

Two more days until Toy Story 4! (Not that I’m counting!)

Disney says The Mandalorian will return with its second season in October, with two series from Marvel — Falcon and the Winter Soldier and WandaVision — premiering in August and Decembe…
deadline.com

Well, After trying D+ out for a few weeks I think its pretty good. I wasn't as impressed with Imagineering as some here. It was cool and all but I would have much preferred more behind the scenes of attractions and shows. Keys to the Kingdom is an awesome experience to me. How the dirt was hauled in to make a park is not. Hopefully something like that is in the works. Still, all and all it was good.

The Mandalorian is really good. Some of the special effects are OT quality which I think is quite funny. I do wish they were 50min episodes though. Enjoy seeing some of the old stuff but because we RV a bit and do not always have wifi access, I have a pretty large DVD collection as it is. But for instance we don't own Sorcerers Stone so I got to watch that.

However, I am watching less Netflix now because of D+. Once the new wears off of D+ I see myself alternating subscriptions between NF and D+ maybe a couple months of one, then the other. I really don't see a need to keep both concurrently as my family just doesnt watch a whole lot of television. We don't have satellite or cable. We have plenty of channels over the air and one of these services will be plenty for us.

Disney did a pretty good job with this. I hope it stays around.

jkh36619 said:
It was cool and all but I would have much preferred more behind the scenes of attractions and shows.
Click to expand...

Some of that should be coming with the Dwayne Johnson series and One Day at Disney also shows a little bit of that.
J

rteetz said:
Some of that should be coming with the Dwayne Johnson series and One Day at Disney also shows a little bit of that.
Click to expand...

Ah, I'll keep an eye out for that. Thanks.

Just to throw in my setup, we watch Disney+ on our 2019 Firestick 4k without issues. This was purchased last summer on their Prime Day. It is connected to our 5ghz wifi signal. No buffering, no delays.

I never really watched The Clone Wars, despite attempting to start once or twice. The animation style just didn't really work for me. However I'm totally going through Mandalorian withdrawal right now, so I'd love to be able to enjoy The Clone Wars season 7 when it debuts in a couple weeks. Anyway, and here's the main point of my post, on the Disney+ home page they now have a collection of the 20 most essential Clone Wars episodes.

So, if you are like me and have never really watched the series OR if it's been awhile and you don't have time to rewatch everything, take a look! Twenty episodes are a lot more manageable than the entire 6 seasons.
S

Noticed "Oliver & Company" is available. watching that this weekend. Loved that movie and have not watched it in a VERY long time

Ok, so this is probably way OT, but I have to say it somewhere. Loving all the Star Wars on Disney +; I had never watched all of Clone Wars, nor Rebels. I started going through all the movies and shows in proper order and am loving it. I've now watched all eppys of Clone Wars and have just started the 3rd Season of Rebels (no spoilers in reply please! lol), and I have to get this off my chest:


Hearing Vader/Anakin say Ahsoka's name after she split his helmet just about did me in!

That was way harder to watch than Anakin force choking Padme.
Disney + keeps being worth it for us, and I'm making good use of the subscription for sure.
Last edited: Feb 7, 2020
K

I am loving all the Star Wars also, to help me fill the time between Mandalorian seasons. I have seen all the movies and seen all of the Rebels seasons but never Clone Wars so i am watching all the seasons in chronological order. Usually watch 2 a night. I love it!

Kind of out there, but -- does anyone know if the short "Mother Pluto" is on Disney+ anywhere? It doesn't come up in a search on its own but thought I would ask in case it is included with some other title. It's one of my earliest memories of Silly Symphony cartoons -- my dad taped a bunch when I was a kid during those times when you'd get a "free preview" of The Disney Channel and that was my favorite one.

Last night we were talking about future series and the family agreed, we want to see Behind the Attraction with Dwayne Johnson. Yet this morning while a-Googling, I am finding not a lot of recent stuff. Mostly last October and November. A few mentions in January as a future series. Yet I don't see any real meat with TBD dates, etc. I do see it will be a 10 part 1-hour each series, so that's good news!

I also see a lot of angst about it being a series simply promoting ticket sales for WDW. Which I personally have no issue with and want to see behind these attractions! 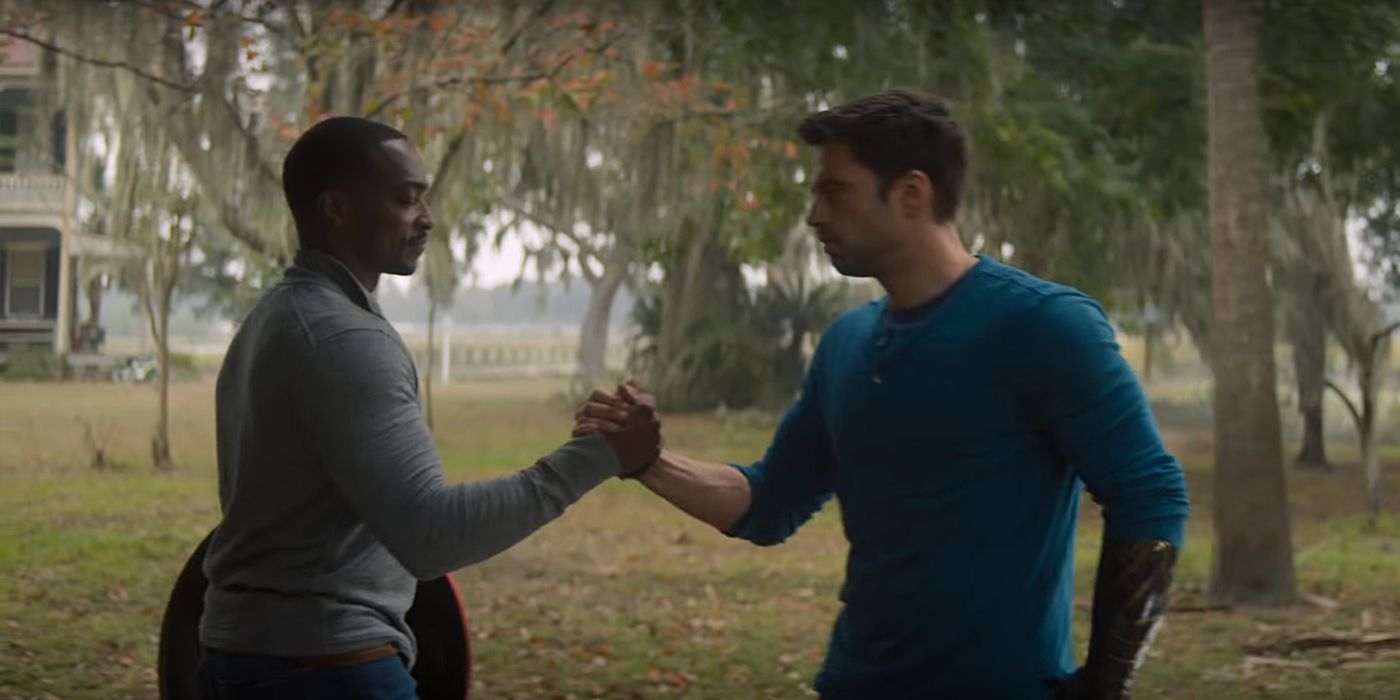 The Falcon and the Winter Soldier has officially wrapped principal photography at its main filming location in Georgia.