game card - where can I find info?

Goal! going on this cruise 37lbs less and I will e

Ive decided to give both DS & DH $10 in Disney dollars for valentines day. I want them to know Im planning on them using this for the game cards in the arcade on the Disney magic. Where can I find info/picture I can print out? Thanks for your help.
By the way, for their birthdays they will be getting disney dollars to be used for excursions so I'll print out info on the ports.

Maybe someone that's onboard now or cruising next week could help you out.

I know that when we cruised, we would go into the arcade and the cards that had been "tapped out" were just left laying around. They have no value after you've used the alloted amount of currency on them (I believe they can be recharged, but that's a different question

Perhaps someone could pick up an empty one or send back one they've used (if they don't want it for a souvenier) and you could put those in a card for the gifts? Then when you're on the ship, you can get ones that actually work.

Julie
You must log in or register to reply here. 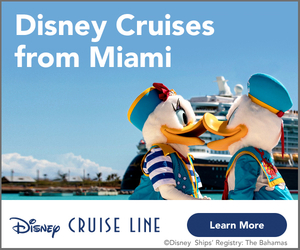 Book your Disney Cruise through Dreams Unlimited Travel and receive a Shipboard Credit and an Exclusive Gift Basket!