So I have out of state Platinum Plus Passes paid in full that were set to expire 6/27. I called in May, June, July, and then finally in October got someone to confirm the amount and was told I’d have a check in 6-8 weeks.
This upcoming Tuesday marks the end of week 8, and I still do not have a check. So I called today since I am off from work. First phone call, got the dreaded hang up. Second call, I am awkwardly sitting on “hold” while we wait to hear from the “other team.” It’s been over 40 minutes of listening to breathing. I wish they would just play the cheerful Disney hold music at least. This does not seem promising at all...
Update: At the 58 minute mark, the cast member said she did hear back from the other team and they said “it will be processed soon.” When no definitives could be given, I asked to speak to the team myself. She said that they could call me back from that team, but the team is very backed up and may not be able to get to it for a few weeks. When I asked to speak with someone higher up the chain, I was told that the team is processing my check on Monday. After it’s processed, it can take an additional 4 weeks to be mailed out.
So *if* this does come within this new 4 week timeline, it will have been over 7 months since my first request.
I am so frustrated right now.
Last edited: Nov 27, 2020

I feel badly writing this, after reading the last post from @MarBee .

I sure hope you get results!!

We received our refund in September. I think it was September. Time has no meaning in 2020. Anyway, today, we phoned back at around 1:30pm EST to request to be added to the callback list to buy new annual passes. That's really all we wanted this whole year, was to freeze our AP's to when we eventually feel comfortable going back. Anyway, we surprisingly got a callback at 3:45pm today just a couple hours after being added to the callback list! We've now purchased our new AP's, and they're showing up in our MDE. The expiration date is Dec. 31st, 2030. We can activate our passes anytime before that date.

I'm sort of in shock by how smoothly (and quick) things went today, considering all the trouble so many people have had. I just wanted to share some positive news. Good luck, everyone!

If you have not received your refund yet, is it possible to get your refund amount applied to a new AP? It looks like between May 2021 and May 2022 we may go to WDW four times. So thinking that if I can put the amount to a new annual pass it may be quicker than waiting on the refund.

I got a reply from one of my emails. Disney is trying to tell me they refunded a Visa card on 9/21 for my canceled AP. I don't see any credits from Disney on either of my Visa cards. This just keeps on going.

After waiting 7 months today and no refund on my renewal voucher ticket, never used or activated, I finally broke down and sent an email. after calling 3 times since my initial call on April 28, 2020, I just can’t deal with the phone calls anymore. So now I wait for a response. I can’t even think about a new AP until this is resolved. We are going in March because we have 300+ DVC points to use. At this time, we are planning a resort only trip. Wish me luck. I’m tired of watching informed mail everyday and being disappointed.
Last edited: Dec 3, 2020
E

The saga continues... We received refund checks for my pass and my spouse's pass in the amount of $505.86 each on 11/20. Today, we received refund checks for our kids' passes in the amount of $15.12 each. I have no clue how they calculated these numbers or why the amount refunded for our kids' passes was significantly less than our own passes. All passes are full price Platinum Plus passes that were purchased together for the same amount each, activated on the same dates, and used on the exact same dates.

I thought we would finally be made whole when our kids' checks arrived today, so it was disappointing to open them and see such a small amount with no reason why. I will be reaching out to Disney about this, but expect the same runaround that everyone else has been getting. This has been a frustrating experience and it will be a long time before we even consider returning to Disney.
N

Enilgard said:
We received refund checks today for my pass and my spouse's pass. We did not receive anything for our kids. Is it safe to assume that they could still be processing? Or, is it unusual to receive the refunds at different times? All 4 passes were purchased together, activated together, and used at the exact same times.
Click to expand...

My three refunds all came at different times. And the kid's checks were made out to them...
J

jrsharp21 said:
If you have not received your refund yet, is it possible to get your refund amount applied to a new AP? It looks like between May 2021 and May 2022 we may go to WDW four times. So thinking that if I can put the amount to a new annual pass it may be quicker than waiting on the refund.
Click to expand...

nope. I asked. they want their money right now but your money that you want right now is not viewed the same by Disney. I asked.

Daughter just received a refund for her AP and we didn't ask for one!!! Her pass was supposed to expire in June and was extended until Nov. 19- she used it up until then. It was around $30- um I guess she got a little Disney Magic?????

jeneric997 said:
Daughter just received a refund for her AP and we didn't ask for one!!! Her pass was supposed to expire in June and was extended until Nov. 19- she used it up until then. It was around $30- um I guess she got a little Disney Magic?????
Click to expand...

That could be it- she never went to a water park, so she wasn't sure if she had it.

Finally received our refund checks on Saturday. Slightly more than what I had calculated.
C

I did not cancel, and went on two trips to WDW (Sept & Nov) - my pass has now expired

I have not renewed - I wish there was an option to defer renewal until things return to closer to normal. With things getting worse, I don’t see going again until a vaccine becomes available. So I’m on the fence on renewing, but when I do go again I would like to know that I can get a new AP...
H

Has anyone received refunds for their entire family in one check, rather than multiple checks?

If Annual Passes were upgraded from park tickets, are they subtracting the amount paid for the tickets from the pass value? If so, how is that calculated from a room/ticket package?

I received one check that is more than I would have expected from one pass, but much less than I'd expect for my family of 4.
M

monroe18 said:
Update....I got an email back today stating that my daughters pass was refunded to the original form of payment. Even though I obviously bought them both at the same time lol. I have not received a refund on my credit card, so now I'm waiting on hold to find out what card they refunded. Sigh.....
Click to expand...

Update to the update. I had forgotten that I purchased my daughter's pass with my Mom's credit card. That card was refunded back in September (apparently Nana didn't notice

So, both of the passes were refunded appropriately. While I was on the phone I asked about repurchasing APs for future travel for me, my daughter and my son (he had never had an AP). I received a call back the next day and was able to purchase all 3 that will be activated upon first use.

We had gotten our AP refunds 2 weeks ago. One by credit card and one by check. The amounts were about what we expected. I see in my informed delivery it looks like 2 more checks have been sent to us. I guess I will see later today what these are for as we aren't expecting any more money. Disney is making it complicated even once we have received the refunds...

After all of this, I am not sure having APs is worth the hassle in the short term. Regular tickets cost more but at least you have flexibility.

Was told on Nov 8th, checks were being mailed out. Two days later, a CM to verify our new address that I put into MDE..was also told in September separate water park tickets would be refunded in Nov..ok so I called AP line at 8am, CM said she would look into it, was on hold 35 minutes and then I got disconnected went right to survey..as u can imagine, survey was NOT GOOD! Come on Disney, inexcusable!
You must log in or register to reply here.
Share:
Facebook Twitter Reddit Pinterest Email Link 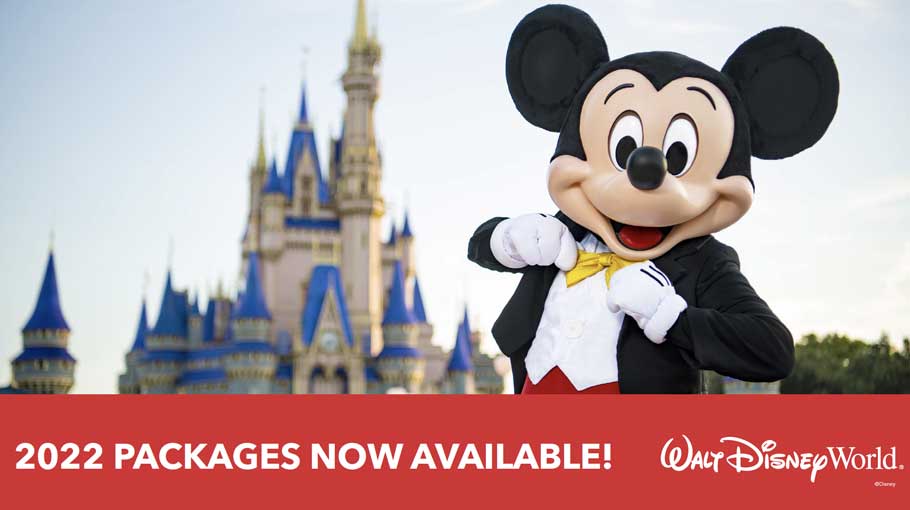