Disney at their best during a parent's nightmare

We were at AKL-KV this September for a family vacation. We'd rented DVC points (non-refundable) with no insurance, so when my 1 year old came down with a low-grade fever and a cold the day before we were due to leave, we decided (after visiting the doctor) to forge ahead.

We toted him around for 2 days and he tried extremely hard to have fun - he's obsessed with fish, and ran window to window on the 2nd floor of the Seas pavilion for 2 solid hours pointing and shouting "Bish! Bish!" in each one.

On night 2 around 11 PM he started having some serious difficulty breathing.

He's never been super good at breathing when sick. We have an albuterol nebulizer at home, and brought a rescue inhaler with us just in case. We were debating for a while what to do when we decided we needed to find a pediatric urgent care or ER. Googling indicated that the nearest one was in downtown Orlando, which didn't seem right, so we called the front desk. When we explained what we were looking for they said hold on we have some people that can help you and immediately patched us through to Reedy Creek EMS (Disney's EMS). We repeated our question and they insisted that they come have a look, because if we do need to go to the hospital, they can get us admitted to the ER quicker and skip the line.

They also promised us that if we went with them, Disney would pick up the cost of the ambulance ride(!) if he did need to go. So we said yes, please come.

3 minutes later we get a knock on our door, it's the hotel's General Manager. Mind you it's 11PM. He wanted to see if there was anything else he could do. He offered us taxi vouchers to and from the hospital if we needed them. He explained what would happen when the EMS crew arrived.

A few minutes later, the EMS crew called us and let us know they were parking out front; 5 minutes later (it's a big hotel) they were at our door. They immediately took his blood-oxygen saturation level, which was 98%. Not perfect, but it meant that despite his difficulty breathing, he was getting oxygen. They discussed options with us, again let us know the ride to the hospital would be free, talked again about the taxi vouchers we could use to get back, and then when it was clear that the steroids were finally kicking in, discussed where we could bring him in the morning. The EMS crew took their time with us so that we'd be comfortable, and didn't rush out once it was clear he would be OK.

The General Manager came back to check on us again as the EMS crew was leaving, and after they left, told us in a matter that made it very clear that he meant it that we were to call the EMS again at the first sign of any trouble, even if that's 5 minutes after they're gone. He said if we call them 6 times in 1 night, that's OK, that's what they're here for. And he told us to call him personally if we needed anything.

The place they suggested we go the next morning got him on different steroids and antibiotics and he was doing better a couple days later and actually enjoyed the 2nd half of our trip. But how Disney's staff handled our scary parenting night will stick with me for a long as any of the other memories. Bravo.

I hope that your little boy is fully recovered now and back to chasing fish. 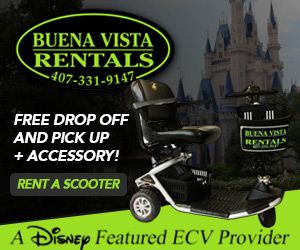 So glad your son is okay and Disney took such great care of your family!
B

Hope your child is doing better! I wanted to thank you for sharing your experience. It definitely makes me feel better about our next trip!

That's awesome! We've never gotten sick there, but it's always been a worry of mine, and this is so nice to hear.

Wonderful story and I appreciate you sharing it!
D

Disney is excellent in many ways . I think I read once that Walt Disney wanted that type of care on property 24/7 no matter at Disneyland.
Thank you for reporting this first class response .
I hope the recent “ incident” on the SkyLiner has improved the emergency response tactics for the future. Huge ways for so many potential problems on Disney property especially with recent headlines.
Basically I do feel safe in the D- World but also should be aware of surroundings and options in any crowded situation.
For instance , nobody knows if they are prone to panic attacks until it begins.
I have learned to carry small bottle of water and go to the “refresh” room before boarding the SkyLiner. I should carry something simple like small lollipops and perhaps learn simple stories to help keep every bodies thoughts calm. Also simple focus on breathing keeps your brain occupied.
I have watched the extended sneak peek on the new Frozen2 and Olaf has a classic response to the fears that townspeople are having after Arendale emergency evacuation...

What a good story. Thanks for sharing.

<font color=royalblue>so the decision has been mad

Thank you for sharing that story. I am glad to hear your little boy started to feel better, and hope he continues on to feel 100%. 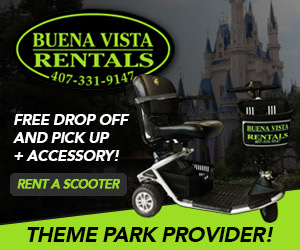