Department of Analysis and Redundancy Department

In July 2014, a family of six from Delaware (with 4 children, including an infant) embarked on a journey deep into the American Southwest. Despite numerous repeated warnings concerning the heat, lack of facilities and emergency care in remote areas, and the numerous perils involved in traveling with a baby, this family pressed on, undaunted.

The Analysis Team has reached the conclusion that this family is a bunch of idiots.

The following report contains an unedited transcript of the daily journal kept by the father during their travels, discovered by our team in the aftermath. No attempt has been made by our Analysis Team to correct any grammatical mistakes, factual errors, obsolete information or generally stupid comments. In the same way, no attempt has been made to make the transcript legible, coherent, or entertaining. The goal is to present the information in honest, objective fashion, so that other families may learn from their mistakes and perhaps have the wisdom not to repeat their folly.

As best as our team can tell, this family consists of 2 adults and 4 children.

Adult (allegedly) #1: Mark, white male, age 39. Background collection (i.e. a Google search) reveals he is a highway engineer for the state of Delaware and a lifelong fan of Philadelphia sports teams, which gives insight into the quality of his decision-making abilities. Photo analysis reveals ever-changing facial hair and possible high cholesterol due to dietary choices (see decision-making abilities above).

Adult #2: Julie, white female, age 29 and holding. Part-time teacher and full-time mother, also amateur photographer. She has been married to Mark for 16 years, which gives insight into the quality of her decision-making abilities. Photo analysis reveals incomparable beauty and...huh? Sorry, I got lost in thought for a second there. Ahem.

Child #1: Sarah, white female, age 12. Full-time student. Enjoys the outdoors, hiking, arts & crafts, movies, and getting dirty in pursuit of the above.

The family does not appear to have been vigilant about posing for photographs together since the birth of the infant, but our researchers did un-earth this hastily-Photoshopped family portrait which nevertheless looks entirely natural: 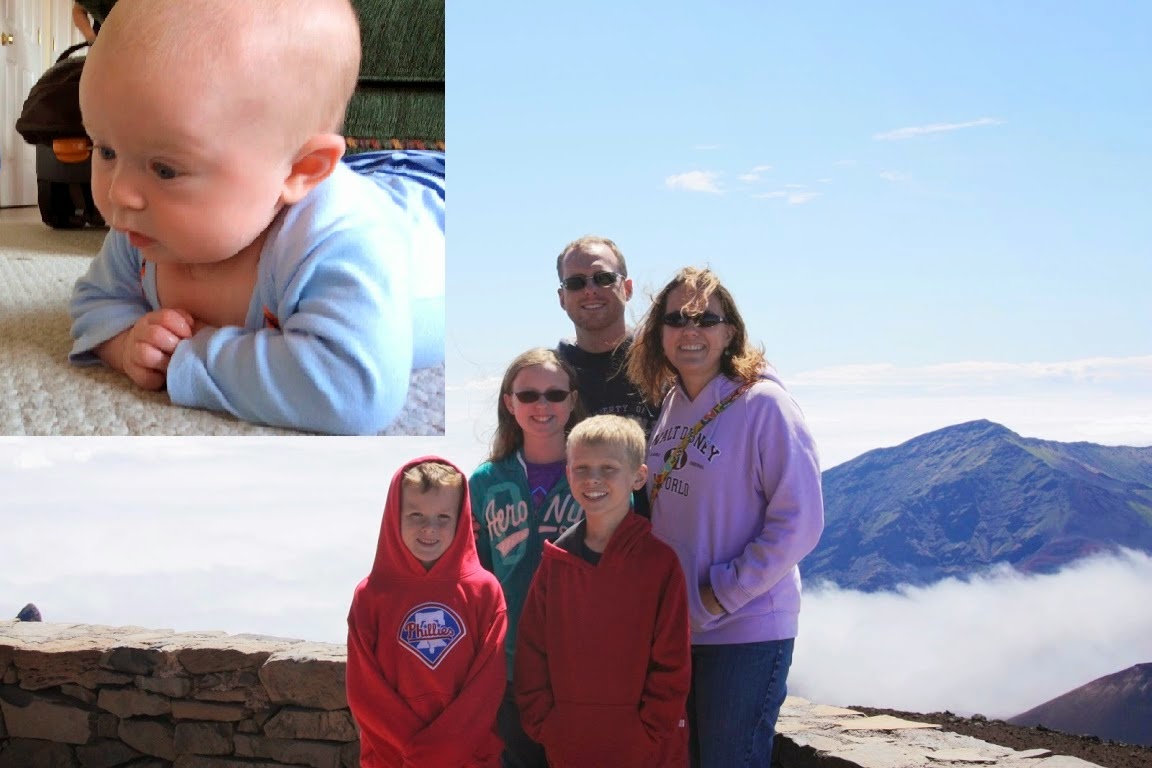 It appears that this family attempted to travel in circular fashionstarting in Las Vegas, heading north to Utah to see Bryce Canyon and Zion National Parks, then south to Arizona to visit the Grand Canyon and Phoenix, then abruptly heading west for California and a local tourist trap known as Disneyland before returning to Las Vegas. Again, this trip was attempted in the middle of the summer, in the desert, with a 6-month-old. What could possibly go wrong?

This is the final report of the Department. Please follow standard security protocols when handling material of a sensitive nature.

If it’s still here tomorrow… I may ignore it again

Joining in and also joining in.
Im also maintaining a backup plan of joining in.

Sea days are just so relaxing!

I am alive, sometimes I wonder too.

Just the font had me cracking up.

First thing I will do when get home is read. Stopped at a light now so I think I should wait.

I'm here. I'll be back eventually to read.

Joining in. Great start! I can tell this is going to be a fun TR.

Great start to the TR. So if Sarah is going to follow in her mother's footsteps and marry at 13, you better start working on finding her a suitor...

I just did the math from your introductions...

Joining in on the fun! I usually catch your reports mid-to half way done so I don't post. I'll make it a point to change that since I found this one early on.

Thanks for the signal flare. I definitely needed to be rescued from my mundane workaday chores. Now back to read...

...okay, I'm back. I'm just picturing those poor government agents (DIS-friendly term) in the Department of Analysis and Redundancy Department who had to pore through those inane notes of Adult (allegedly) #1. Jackets off, sleeves rolled-up, ties loosened enough to be comfortable but still meet the acceptability standards of the higher-ups, ashtrays full of cigarette butts, and coffee-stains on documents spread across the conference room table. They knew if they messed this up, they were going to be in for it.

If they messed this up...

in the highway department.

Count me in!! Have really enjoyed your previous adventures - especially Hawaii. Will do my best to keep up!

2xcited2sleep said:
Count me in!! Have really enjoyed your previous adventures - especially Hawaii. Will do my best to keep up!

Christine; good to see you on the DIS.

IM in! I am currently reading your Hawaii TR & saw this & said Why Not--get in on the "ground floor". So ready. I really enjoy your writing style & sense of humor! Keep up the good work!!
Debbie

Welcome back and can't wait to hear about your trip! Will be back to read

I am alive, sometimes I wonder too.

Poolrat said:
Just the font had me cracking up.

First thing I will do when get home is read. Stopped at a light now so I think I should wait.
Click to expand...

I hope at least on this adventure you updated the family portrait.

I am sure you made lots of memories and yes the bad ones will become funny eventually.

Thanks for the signal flare!

So excited to read about your trip after seeing some of your FB posts from the road!

Signing on so I can come back later and read. Right now I'm trying to get all packed for my next great adventure........

I love the hastily photoshopped family portrait! It's perfect!

I also love that Julie married you when she was 13! You really are a cradle robber!