New here and i am about to pull the trigger on 300 pts direct. I can't decide if we should go with Riviera vs Copper Creek. The starting ppt is higher on CC but the incentives are better.

300 direct is a large amount. Why not purchased 150 direct and 150 resale or 200 direct and 100 resale.
In terms of resort choice, you cant go wrong with either resort. RIV has the resale restrictions, personally I like CCV better but that is my own preference. I have not stayed at RIV but did walk around while it was being built and I was not overwhelmed. It is next door to a moderate resort and while they try to sell it as an epcot resort you really are tied to the gondola system which is tied to the really crowded value resorts.

Does family size matter? we are a family of 5. Also do you really ever have issues booking anywhere? Is the 11m vs 7m that big of a deal?
B

dvc lover 1970 said:
300 direct is a large amount. Why not purchased 150 direct and 150 resale or 200 direct and 100 resale.
In terms of resort choice, you cant go wrong with either resort. RIV has the resale restrictions, personally I like CCV better but that is my own preference. I have not stayed at RIV but did walk around while it was being built and I was not overwhelmed. It is next door to a moderate resort and while they try to sell it as an epcot resort you really are tied to the gondola system which is tied to the really crowded value resorts.
Click to expand...

My sales person has scared me away from resale... not sure what the process is there at all

Personally I am a huge lover of Riviera.

300 gets fairly good incentives so it might end up being a small premium to just have direct points.

I have both direct and resale. You buy the direct to get the blue card benefits which currently requires 125 points. You can buy the rest of your points resale and it won't make any difference in terms of access or benefits. With the blue card you will get those benefits no matter where you stay.

brazilian_longhorn said:
Does family size matter? we are a family of 5. Also do you really ever have issues booking anywhere? Is the 11m vs 7m that big of a deal?
Click to expand...

Also RIV is 9 in the 2br vs CCV being 8 for room capacity.

Booking at 7 months can be hit or miss. As example right now is the busiest time for DVC and normally you have to book your home resort. Summer is easier to get.

brazilian_longhorn said:
My sales person has scared me away from resale... not sure what the process is there at all

Resale is fairly easy. The only reasons to buy direct really is for the annual pass discount or ability to stay at Riviera.

Resale is going to save a bunch of money and is viewed pretty much the same as direct points just without the extra benefits you still can book most DVC resorts.
L

If it helps - we had the choice to buy between two resorts back in 06. We don’t ever plan more than 7 months out so we chose the property with the lowest annual maintenance bill. (That was Saratoga at the time). The only benefit between resorts was the booking window that I never use anyway.

i<3riviera said:
you probably already know this but RVA's point chart is much higher than CCV's; not a little but big enough to mean a 7 day (CCV) vs. 5 day (RVA) vacation on the same points in some cases!
Click to expand...

I do think home resort matters. Since you are a family of 5, 2 bedrooms are your only option at CCV. So, I would look at how many nights your 300 points get you.

RIV is a higher points chart but you can stay in studios or 1 bedrooms which may stretch your points a little more if you want to.

Personally, I own at RIV and ruled out CCV because of the studio issue, Those are hard to get pretty much year round and I knew at RIV, with two different views, it would not be hard to get one or the other,

We also love the convenience to the two parks over needing a boat and bus from CCV.

Maybe buy 150 direct at both! It would be nice to have 11 month booking at each resort.
V

I haven't been to CCV, but we stayed at Caribbean Beach in November of 2019 before RIV opened and used the Gondola system, and It. Was. Outstanding. It remains one of the single biggest reasons we would do DVC, I even told my wife that if we can't get into RIV I probably wouldn't care much for DVC otherwise. Obviously capacity may get tougher as RIV fills up and also uses the Gondola system, but it would have to increase a lot to create a real problem based on what we saw when we visited. At the end of a long day at HS, while people were still walking to their cars or waiting on busses, we immediately boarded the Gondola and were back in CB within a few minutes and back in our room before most of those leaving HS were finally getting a seat on the bus. There have been plans floating around of the Gondola system expanding to MK also, but so far they are just blueprints and nothing has started construction yet, so who knows.

Anyway, the RIV rooms we toured at SSR were excellent, and most everyone that has stayed at RIV seems to really like it, even on here I have seen a lot of people who were "Never RIV" say they bought an add on package after trying it for a night.

So again, haven't stayed at or even toured CCV, but RIV rooms are nice and the Gondola system is fantastic. As another mentioned, the RIV dues were a huge negative for many, but since those dues launched we have seen nice size increases in dues for other resorts but RIV has been pretty flat. Our guide said it was because RIV already had the new minimum wage agreement for employees built into the dues and the other resorts would see their increases in 2020/21, and that seems to have happened. So while nobody has a crystal ball, I would be surprised if that gap didn't continue to narrow until it makes nearly no difference.

brazilian_longhorn said:
My sales person has scared me away from resale... not sure what the process is there at all

I'm not saying this to pick on you, but for such a huge purchase, you need to do your math. For many buyers, direct (blue card) isn't worth it at all.

There are lots of 300 point contracts on resale right now for a lot less cash, even some loaded with points people weren't able to use. Big contracts like that you can usually even talk down a few more bucks. The resorts all have different costs: At DVC Resale Market, we like to keep an economic Disney Vacation Club Resort ranking maintained for our clients as prices, dues, and resorts can change over time.

RIV is a different product than the rest of DVC because of the resale restrictions. Other resorts, at least if you buy resale, have historically held value. No one knows what will happen to Riviera. For this reason, I am a hard no on RIV, even with the better incentives. To me, being able to resell easily is important, and the only reason I actually bought into DVC. It's also why I own a bunch of SSR points, the most bought and sold timeshare in the world. These are always coming and going, and I view them as low commitment and risk.

For a 300 point purchase, it's definitely worth slowing down and doing some math. Depending on when you travel, the 11 month booking priority might be critical. I would not let a few hundred bucks in incentives force me into a rushed decision. Pretty much everything you need to know is on these boards.

There are plenty of other options too: 125 OKW direct + 150 Poly resale, combinations like that. Those get both blue card benefits and resale pricing.
Last edited: Dec 1, 2020

The salesperson should not scare you away from resale. Here are the resale restrictions in a nutshell
You can use resale points at any resort except the RIV -this is effective for all resale contracts from 2019.
In terms of perks you need 125 direct points to get the blue card. That means 125 points for discount APs, discount on merch, access to epcot dvc lounge, access to dvc member events.
Only direct points can be used for DCL, but that is not a good use of poi ts in my opinion.
I also have a mix of resale and direct points.
You could do 150 direct at both CCV and riv. That gets you to 300 point discount.
Also look at the resale market.
B

I’ve done a lot of math. Several spreadsheets worth. What I hadn’t done was the resale market. But given that I want to have the dvc membership then the moment I have to buy 125 Pts direct, the additional points and incentives really make the math a lot closer then you would think (assuming same resort).

I own at both Copper Creek and Riv. If I could only have one at 300 points it would be Copper creek. The 2 bedroom is nice at Copper Creek and long term with kids you will want the extra space. It is easier to book Riv studio at 7 months, so you can stay there in short term with kids when privacy is not important. Then when the kids get a little older you go to 2 bedroom at CC. When the kids leave, you get the one bed at CC. Lower dues and no resale restrictions at Copper Creek make it a better long term play.

For resale vs direct, the math is only close on this if you believe RIV resale will follow the historic pattern, despite its resale restrictions, and that its dues will flatten to average. There have been a handful of recent sales that support this -- they were shockingly high IMO. But, RIV will be for sale for years at this rate, and its resale is uncharted territory.

Sure, VGF resale and RIV direct are the same price now, but I can tell you which horse I would pick for 10 years from now. Maybe your crystal ball is different than mine.

For such a big purchase, locked down resale is not a chance I would take. I like the comfort of knowing I can resell my contracts third hand tomorrow and only be out maybe a little depreciation, commissions, closings, and the dues on the points I used.
L

I think I’d do a ton more research in your shoes. Really dig into resale process and prices, decide if direct benefits would be worth it to you based on your travel patterns, and figure out what your favorite resort is-you aren’t restricted to those two. There is no rush to buy-there will always be another deal and just like with all other timeshares, direct often doesn’t make any financial sense.
You must log in or register to reply here.
Share:
Facebook Twitter Reddit Pinterest Email Link 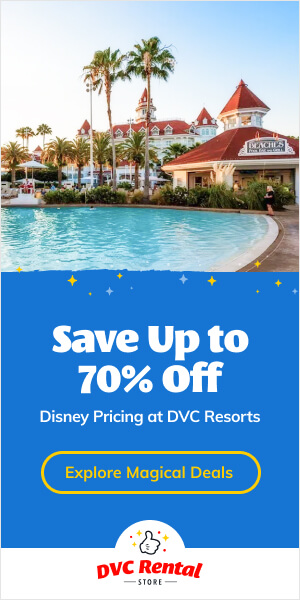