Article about my Dad's death in the Orlando Sentinel

I don't have any new words to share with you and your family. {{{hugs}}} This has got to be an incredibly difficult time for you.

My thoughts and prayers are with you and your family.
I

I Believe In Magic

This is terrible!! I am so sorry for you and your family. I know it said charges were dropped but does that really mean he is suffering no punishment? The very first sentence of the article is ridiculous. I can't believe someone would get exonerated for doing such a horrible thing, and to top it off being under the influence of an illegal substance, he is walking free? I will be writing a letter. Stories like this should not be happening. This man is responsible for you losing your dad, he should spend the rest of his life in prison.

So much for justice. This is really unexplainable.

I do honestly beleive though that the KILLER will get punished eventually - one way or another.

Grumpy's Old Lady said:
The article is from July 1985 and states Eagan was 59 years old and has been state attorney for 16 years. This is 2010 and he is still Asst. States Attorney! They should have a term limit - this Eagan guy is 84 years old? He should not still be in that position and he is corrupt - it's nuts!

Kevin I am so sorry that this has happened. The man should be charged and definitely should not have a driver's license! I will write and complain too. I hope someone listens to our complaints.
Click to expand...

I was thinking the same thing. Even thinking maybe the 1985 was a typo? How could this guy still be Asst. States attorney for that long and at 84 isn't time to retire already?! Well, most definitely for the people of Florida, it was time a looooooooooooooooong time ago.

Kevin, this is an outrage.

I think this information needs to be posted on the community section as well. We need to get the word out.

You're family is in our thoughts.

I am so sorry and sad to read this Kevin. It not fair at all. I am thinking of you and your family.

WebmasterPete said:
Maybe this will shed some light on Mr. Eagans unwillingness to prosecute drug offenders who murder innocent civilians with their car while under the influence of drugs.

OMG! I am so angry! The more I think about what this means and what it is doing to you Kevin, and your family, I could scream! I will be writing a letter as well.

Kevin, my heart just breaks for you and your family. Nothing will make you miss your Dad less, but I would guess that there would be some solace in seeing that this man could never cause this kind of pain for another family again. How this can actually be happening is incomprehensible to me.

I agree, I still can't get my mind around it. I read the article 2 twice & sat back in stunned. The thinking was sooooo convaluted (my spelling is off I think). It makes me very angry. I'm really at a loss for words.

<font color=darkorchid>One of the 'They' in 'They

I can't even find the words... that's completely, absolutely sickening. I'm so sorry you and your family are going through this, Kevin.

Kevin, I am so sorry to hear this. What an injustice and an outrage!! I will definitely be writing a letter. I pray that our letters will help in some way so that others don't have to go through this.

My family had numerous discussions regarding this situtation and none of us are coming from a vindictive place.

We are all of the belief that this person should not be behind the wheel of a car. He has shown a pattern of behavior and now someone has died because of choices he has made. Eventually, DAVID LANIER will kill someone else and if there is anything we can do to stop that....we should do it.

My Dad was days away from his 77th birthday and minding his own business. This could have just as easily been a group of kids.

No one should have to feel this way because someone else feels the need to use drugs.

The part of this article that actually hurts to read is this:

"Lanier has been arrested three times before, once for shoplifting and twice on felony cocaine charges, according to FDLE. He was convicted in each case, but judges withheld adjudication so Lanier would not have to admit being a convicted felon, records show."

Because a judge (or judges) felt that David Lanier should not have to admit to being convicted of two felonies...an innocent, healthy 76 year old man died a horrible, unnecessary death.

I keep trying to not be angry but I'm having a hard time getting there.

Thank you all for your support.

I am so very sorry to hear about this injustice. My heart goes out to you and your Mom

I too will be writing a letter to voice my opinion concerning this unbelievable chain of events.

Stay strong and know that we are all unbelievably saddened by this.

My Dad did not step off a curb into oncoming traffic as the article suggests.

My Dad crossed two lanes of traffic, a median, another lane and was about to leave the fourth lane and step into the bike lane. He was less than 3 feet from the sidewalk when he was hit.

This was not carelessness on the part of my Dad. This was David Lanier's fault

This should not have been a surprise to any sober driver paying attention.

You can ship it, I'll still eat it!

DisneyKevin said:
I feel the need to share something else.

My Dad did not step off a curb into oncoming traffic as the article suggests.

My Dad crossed two lanes of traffic, a median, another lane and was about to leave the fourth lane and step into the bike lane. He was less than 3 feet from the sidewalk when he was hit.

This was not carelessness on the part of my Dad. This was David Lanier's fault

This should not have been a surprise to any sober driver paying attention.
Click to expand...

I'm sick reading this...in my line of work, you hear of criminals getting off for stupid reasons and there is nothing more frustrating. This one takes the cake. My stomach hurts just thinking about it.

Geez Kevin, I am sorry you and your family have to go through this. It must be so hard.

How could a judge not hold him accountable for his actions given his history, drugs in his system and the fact that he had all the other paraphernalia in HIS car.

It is really scary to think this guy will be driving again.

It is completely outrageous that this man won't face charges. At the very least wouldn't he be charged with all that "paraphernalia?"

That's it...I'm writing a letter too!

Hugs to you and your family.

WebmasterPete said:
Maybe this will shed some light on Mr. Eagans unwillingness to prosecute drug offenders who murder innocent civilians with their car while under the influence of drugs.

Are you friggin kidding!!!!This made me ill.

Kevin, I hope you have an attorney. Maybe you could pursue this through a civil action.

Kevin, to say the least that's pretty frustrating to see.

Looks as though legally speaking, there are some shortcomings in how the laws are framed, unfortunately. Perhaps if nothing else, some attention on this case can help to be a springboard towards preventing such a loophole from existing on future cases. 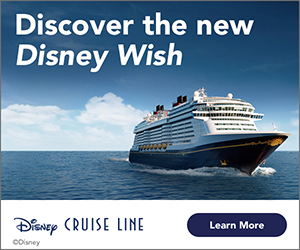